Several years ago, I was dining at a restaurant when I noticed something odd in my fish and chips. I picked it up, and it was a squarish chunk of broken glass. After thanking my lucky stars I’d ordered something where such an item would stand out like a sore thumb, I stopped eating and summoned the waiter.

When I held up my discovery, he blanched and hurried away. He came back a moment later and took my plate. Shortly thereafter, the manager arrived.

Apparently a glass dish had broken in the kitchen, and they missed a fragment that found its way into my plate. He apologized profusely, and assured me that a replacement dish was on its way and would be on the house. I accepted his apology — after all, if anyone knows that accidents can happen, it’s me — and enjoyed my free meal. (It occurred to me later that I should have “suggested” that my friend’s meal should be gratis as well, but these things happen.) And no, I won’t name the restaurant — it was the sort of thing that could happen anywhere.

I was reminded of that incident this morning when I read this story in the Boston Globe. A couple has been accused of insurance fraud in Massachusetts. Apparently they hit upon a wonderful scheme. They’d eat at a restaurant, then later eat some broken glass. They would blame the restaurant for the glass, and settle with the insurance company for “damages.” And each time, the insurance settlement exceeded the actual medical expenses — often by a factor of at least two.

It was a great racket, but they got a little too greedy. They didn’t bother to use the insurance money to actually pay the medical expenses. It doesn’t say in the story, but I suspect that the unpaid bills were what tripped them up. This is pure speculation, but I have a hunch that the stiffed hospitals turned the debts over to collection agencies, where someone noticed that these same folks had a gift for finding glass in their food all up and down the Eastern seaboard.

According to the article, the couple scammed over $200,000 with their racket and had unpaid bills of about $100,000. If they’d just paid off the hospitals, then they very well might have gotten away with it. Instead, they’re each facing fines well into the millions, and decades in jail if convicted on all counts.

Iran Issuing Another Threat
Profiles of the Out of Control, Unhinged Left 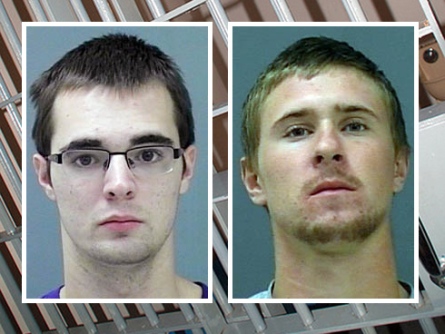