Wizbang Pop! on the frontpage

Ben Affleck has officially moved in the political mainstream by stating that, if Bush leaked the name of a CIA agent, he should be hung. It was similar to Al Franken saying “Yeah. And I don’t know how I feel about it because I’m basically against the death penalty, but they are going to be executed it looks like.”

In something that’s becoming all too common, we’re seeing the convergence of celebrities becoming more politically motivated and outspoken. When the Christians do that, it’s a bad thing; when Ben Affleck does it on Real Time with Bill Maher, it’s a good thing. Lemme ‘esplain.

For those of you unfamiliar with Real Time with Bill Maher, it’s a show on HBO that is basically a televised moonbat venting session. You assemble a liberal, a moonbat, and a mildly right-of-center apologist to bring “balance.” Then, there’s Bill Maher, who, surprisingly, doesn’t have a journal at Daily Kos (unlike a certain former US President).

Yeah, long setup to get to the story, but you’ve probably never even heard of this show, as it’s on pay-tv, it’s got a bunch of liberals, and it’s on Friday nights. Think Air America, only you have to pay for it. Mad Nielsen Ratings, yo.

From a story posted at NewsBusters, here’s a rough transcript of what was said:

Bill Sammon, Washington Examiner: “A lot of critics are conflating the two and are saying that because Bush disclosed this piece of information, they’re implying that Bush leaked the name.”
Ben Affleck: “He probably also leaked the name. There’s just no proof of that.”

Affleck: “Because if he did, you can be hung for that! That’s treason!”

Bill Maher: “That is treason.”

Affleck: “You could be killed. That’s not a joking around Tom DeLay ‘I’ll do a year, I bribed the state officials with corporate money.’ That’s like they shoot you in the battlefield for doing that. Don’t you think we should find out who leaked that name?”

They also have the video of said moonbattery.

Yes, Mr. Affleck, we should. Or, rather, we should find out who authorized the declassification of secret information. Yes, that’s what happens when the President declassifies things, even though the press hasn’t figured that out. 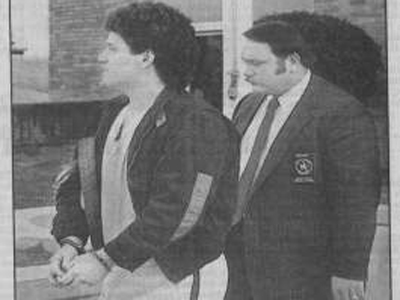