Home
Media
Before Global Warming There Was Global Cooling

George Will has a column today titled “Cooler Heads Needed on Warming” in which he discusses scientists’ and journalists’ predilection for environmental doomsaying. Take a look at the predictions of distaster due to global cooling from scientists and “their journalistic conduits” back in the seventies:

Science magazine (Dec. 10, 1976) warned of “extensive Northern Hemisphere glaciation.” Science Digest (February 1973) reported that “the world’s climatologists are agreed” that we must “prepare for the next ice age.” The Christian Science Monitor (“Warning: Earth’s Climate is Changing Faster Than Even Experts Expect,” Aug. 27, 1974) reported that glaciers “have begun to advance,” “growing seasons in England and Scandinavia are getting shorter” and “the North Atlantic is cooling down about as fast as an ocean can cool.” Newsweek agreed (“The Cooling World,” April 28, 1975) that meteorologists “are almost unanimous” that catastrophic famines might result from the global cooling that the New York Times (Sept. 14, 1975) said “may mark the return to another ice age.” The Times (May 21, 1975) also said “a major cooling of the climate is widely considered inevitable” now that it is “well established” that the Northern Hemisphere’s climate “has been getting cooler since about 1950.”

Will ends his column with this:

About the mystery that vexes ABC — Why have Americans been slow to get in lock step concerning global warming? — perhaps the “problem” is not big oil or big coal, both of which have discovered there is big money to be made from tax breaks and other subsidies justified in the name of combating carbon.

So, a few decades from now we can expect predictions of doom about more global cooling. 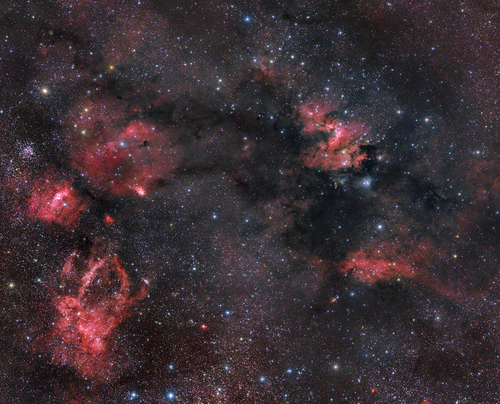