After attending the press conference during which the Democratic party unveiled its new security plan, Cynthia McKinney (D – GA) got into a scuffle with Capitol police officer. Actually, she slapped him, apparently with her cell phone, after he stopped her because she wasn’t wearing her pin identifying herself as a congresswoman.

And the Dems ask us to trust them with America’s national security.

Expose the Left has more.

Update: Drudge reports that Rep. McKinney will be arrested after the session ends today:

Rep. Cynthia McKinney (D-GA) punched a U.S. Capitol Police officer today after he mistakenly pursued her for failing to pass through a metal detector… The entire incident is on tape. The cop is pressing charges and the USCP are waiting until Congress adjourns to arrest her, a source claims… Developing…

Update II: A reader points to a news report which states that Rep. McKinney has issued a statement on the internet:

A statement attributed to McKinney has been released on the Internet, where she allegedly claims to have been harassed by Capitol Hill Police.

The statement’s writer says that she has been harassed by white police officers she says do not recognize her due to her recently changed hairstyle.

“Do I have to contact the police every time I change my hairstyle? How do we account for the fact that when I wore my braids every day for 11 years, I still faced this problem, primarily from certain white police officers,” the statement says.

The writer details the incident, saying, “I was rushing to my meeting when a white police officer yelled to me. He approached me, bodyblocked me, physically touching me. I used my arm to get him off of me. I told him not to touch me several times. He asked for my ID and I showed it to him. He then let me go and I proceeded to my meeting and I assume that the Police Officer resumed his duties. I have counseled with the Sergeant-at-Arms and Acting Assistant Chief Thompson several times before and counseled with them again on today’s incident. I offered also to counsel with the offending police officer.”

Update III: We have more on Rep. McKinney’s statement:

“I know that Capitol Hill Police are securing our safety, that of thousands of others, and I appreciate the work that they do. I deeply regret that the incident occurred. I have demonstrated my support for them in the past and I continue to support them now.”

Wizbang Podcast #16 is up!
These Reporters Went to the Same Hearing? 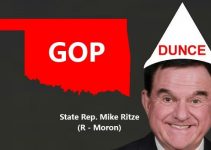