Last weeks Weekend Caption Contest™ was another smash hit, so much so that I forgot to post the winners. At this point it’s safe to assume that if the winners aren’t announced late Sunday night they won’t get posted until right before the next contest. Of course the goal is to have them announced on Sunday, but need I remind you that The Sopranos is back on… Anyway, the assignment last week was to caption the following picture: 3) (Sheik Yur Bouty) – “Laugh it up, moonbats. Not even in your wettest dreams!“

() – “What the Reuters caption should’ve said:

“U.S. Vice President Dick Cheney speaks during his keynote address to the U.S. Labor Department’s 2006 National Summit on Retirement Savings at the Willard Hotel in Washington March 2, 2006. IMPORTANT NOTE: The cropping of this photo is completely coincidental. There is no media bias to see here. Please move along.” 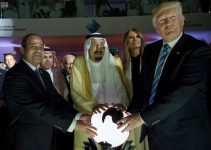