Let me make one thing clear: I don’t like hate crime laws.

I think they’re a bad idea. The message they tend to send is that some victims are more important than others, and certain people deserve more protection than others. As someone who doesn’t fall into any of the conventional “protected” classes, I feel a smidgen of resentment that if I get assaulted, there’s a good chance that it won’t be treated as seriously than if I were a woman, gay, black, or some other category. The presumption seems to be that I can take care of myself more than others, and the law is engineered to reflect that.

That being said, there’s a potential “hate crime” that happened last night in New Bedford, Massachusetts. A guy went into Puzzles, asked if it was a gay bar (it is), then started assaulting a patron. After knocking him down, he pulled out a hatchet (or something similar) and started swinging that. When more patrons went to stop him, he pulled out a gun and started shooting.

At least three patrons ended up in hospitals, and the assailant is still at large.

I hope the police find this SOB. I hope like hell he resists arrest. And I hope he spends a nice, long time as a guest of the Commonwealth of Massachusetts.

No, I don’t agree with hate crime laws. But if it fits this case, then they ought to use it. But what he did was serious enough, and the other laws ought to suffice for cases such as this.

(Check here for the latest details and updates)

New Orleans Pummeled by Multiple Tornados
Milblog of the week 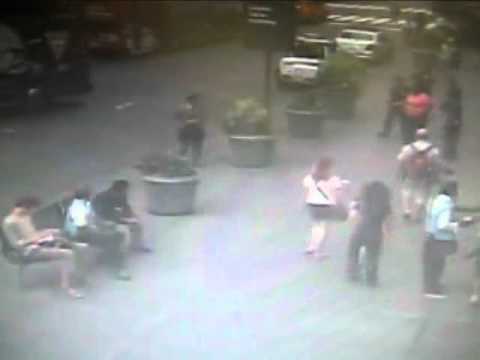