The Boston Globe is, like most newspapers, losing money hand over fist (they’re owned by the increasingly-irrelevant New York Times) and looking to save some money. One of those economy measures has come back to haunt them.

When newspapers are delivered to vendors, they are usually wrapped in bundles. The packers put slips on each bundle with the count and its destination printed on them. These routing slips make sure each vendor gets just the right number of papers.

To economize, the Globe started recycling previously-used sheets and putting the routing information on the back. Not a bad notion — get rid of your trash by giving it some use to others, then make them toss it out, right?

Unless, of course, those previously-used slips of paper had highly-sensitive information printed on them — such as subscribers’ names, addresses, credit card numbers, bank account numbers (complete with bank routing numbers).

Early estimates are that the Globe might have screwed over as many as 240,000 fools folks who subscribe to the Globe might need to get new credit cards, and 1,100 others new checking accounts.

The Globe knew about the story Monday, as the first vendors started calling them up and telling them, but they sat on the news until late Tuesday, and didn’t publish their account until today. (Ironically, the Herald cuts them more slack — they say it was Tuesday that the Globe found out about it, but the Globe itself says Monday.) The story goes to great lengths to cite other examples of companies screwing up with customers’ information, in a part that smacks of the “well, everybody else does it too” excuse.

Newspapers and magazines usually offer substantial discounts to folks who subscribe over those who buy at the newsstand. With the Boston Globe, it appears that that savings can come at a substantial price.

And people wonder why we don't like lawyers...
What happens when terrorists win 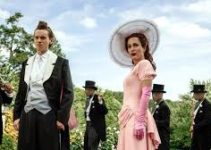