BREST, France (Reuters) – France said on Thursday it would be ready to use nuclear weapons against any state that carried out a terrorist attack against it, reaffirming the need for its nuclear deterrent.

Deflecting criticism of France’s costly nuclear arms program, President Jacques Chirac said security came at a price and France must be able to hit back hard at a hostile state’s centers of power and its “capacity to act.”

He said there was no change in France’s overall policy, which rules out the use of nuclear weapons in a military conflict. But his speech pointed to a change of emphasis to underline the growing threat France perceives from terrorism.

HUH? So if Saudi Arabia were to fly over and bomb Paris to the ground, nukes would be out of the question but if Syria blows up the Eiffel tower he’d nuke them? WTF?

“The leaders of states who would use terrorist means against us, as well as those who would consider using in one way or another weapons of mass destruction, must understand that they would lay themselves open to a firm and adapted response on our part,” Chirac said during a visit to a nuclear submarine base in northwestern France.

“This response could be a conventional one. It could also be of a different kind.”

I think I get it now… If a state uses terrorism they get nuked because that is not a military conflict… But if it is state sponsored terrorism, doesn’t that make it an act of war and by definition a military action?

Who came up with this policy, John Kerry? “We’ll nuke them unless it is a case where we won’t nuke them.”

Who exactly is this supposed to impress? He must be trying to impress a young intern or something by talking manly. State based terrorism could really never be proven if it happened and anyone who would sponsor state based terrorism against France would hardly be deterred by this nonsense. 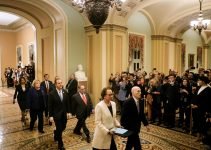