A three year study of the past 10 years of major media news stories, by led by UCLA political scientist Tim Groseclose, finds that media bias is real and that the term “liberal media” is a good description for the top 20 media outlets.

“I suspected that many media outlets would tilt to the left because surveys have shown that reporters tend to vote more Democrat than Republican,” said Tim Groseclose, a UCLA political scientist and the study’s lead author. “But I was surprised at just how pronounced the distinctions are.”

“Overall, the major media outlets are quite moderate compared to members of Congress, but even so, there is a quantifiable and significant bias in that nearly all of them lean to the left,” said co author Jeffrey Milyo, University of Missouri economist and public policy scholar.

The results appear in the latest issue of the Quarterly Journal of Economics, which will become available in mid-December.So how did they measure bias?

Groseclose and Milyo based their research on a standard gauge of a lawmaker’s support for liberal causes. Americans for Democratic Action (ADA) tracks the percentage of times that each lawmaker votes on the liberal side of an issue. Based on these votes, the ADA assigns a numerical score to each lawmaker, where “100” is the most liberal and “0” is the most conservative. After adjustments to compensate for disproportionate representation that the Senate gives to low population states and the lack of representation for the District of Columbia, the average ADA score in Congress (50.1) was assumed to represent the political position of the average U.S. voter.

Groseclose and Milyo then directed 21 research assistants – most of them college students – to scour U.S. media coverage of the past 10 years. They tallied the number of times each media outlet referred to think tanks and policy groups, such as the left-leaning NAACP or the right-leaning Heritage Foundation.

Next, they did the same exercise with speeches of U.S. lawmakers. If a media outlet displayed a citation pattern similar to that of a lawmaker, then Groseclose and Milyo’s method assigned both a similar ADA score.

“A media person would have never done this study,” said Groseclose, a UCLA political science professor, whose research and teaching focuses on the U.S. Congress. “It takes a Congress scholar even to think of using ADA scores as a measure. And I don’t think many media scholars would have considered comparing news stories to congressional speeches.”Read the rest of the surprising results.

Update: The full report is available [PDF]. Thanks to jc for pointing it out. 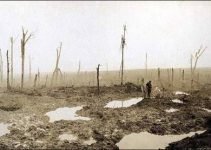