A little photo-blogging for the ladies, above. That’s Juanes, a Colombian pop star I saw in concert in Costa Rica during my break between jobs. Nice, huh? I dig him. He sings sort of standard Latin-pop sounding songs, which would probably border on cheesy except for the fact that they’re in a foreign language, which automatically makes them exponentially more exotic and sophisticated than Ricky Martin songs. He also actually plays the guitar, writes songs, sings live, and doesn’t shake his bon-bon much, which puts him several steps above the average pop star.

All that to explain how I came to be in Costa Rica, which requires that I also explain how I came to be in a new job this week. A couple weeks ago, I took a job working for Salem Communications, a radio company that carries Hugh Hewitt, Bill Bennett, Michael Medved, Dennis Prager, and Mike Gallagher. Look at all those links; I’m such a company gal already. Salem also carries a bunch of Christian talkers and does those contemporary Christian music stations (if you’re ever listening to “The Fish,” that’s them). They have had a good Internet presence to reflect their Christian talk radio for some time and now they’re trying to beef up their Internet complement to their conservative talkers. That’s where I come in.

I’ll be working with Hugh Hewitt and one of the guys who helped build GeorgeWBush.com to build up a similar news and activism site for Salem. I’ll get to work with Hewitt and the other hosts and/or their producers on a daily basis to make sure I’m reflecting what they’re talking about on their shows, and I get to blog a lot. So, pretty sweet gig with lots of smart people to learn from. Right now, BeyondtheNews.com is in an interim state, but will be relaunched in January.

Now, because I’m of a tender age and have only a cat to take care of, I was able to take a little trip in between jobs. In true thrifty fashion, I only ever travel to places where I have friends who can put me up (or down on the floor, as the case was this time), so I visited my old roomie Joy in Costa Rica. She and a couple other girls are down there doing missions work, attending language school, and working. It was like a vacation, but with more Bible study and slightly less adequate plumbing than usual. Three of the four girls I was with spoke Spanish, which is good because the only thing I know is how to sing “Hey, Mickey,” which I learned thanks to the fact that my best childhood friend’s mom is Mexican and her family listened to Mexican pop in the car. One of the tapes featured a lively Spanish-language version of Toni Basil’s classic.

While the lyrics to “Mickey” are versatile, they didn’t cover all my needs and could likely have gotten me in trouble in shadier parts of San Jose, so I relied on the gals to help me out.

They got me a ticket to the Juanes concert from a scalper for just $6 over face value. We sat in the nosebleed section of a huge stadium in the Costa Rican capital. It was a pretty good concert, and I’ve since learned that Juanes is super famous. I called the aforementioned childhood friend (she’s now in the Commerce Dept. working on Latin American trade), and she was very jealous of my close encounter (a mere two football fields separated us; true story).

After a couple days in San Jose, where we stayed in a nice little hostel, we took the bus to Quepos, which is where my friends live. It and the neighboring Manuel Antonio are small beach towns whose economy is supported mostly by tourism. They reminded me very much of towns on the Outer Banks of North Carolina. Small with bustling tourism industries, but not a lot of mondo-hotels and Myrtle-Beachy strips, with great seafood and plenty of pot-heads on the beach.

Everyone was very friendly and more than willing to try to have conversations with me despite my deplorable Spanish. SInce the girls have been living there a couple months, they were tutoring anyone who wanted to learn English, so those guys were anxious to practice. Many of the guys they know own little shops and stands by the beach for tourists, so many of them speak great English. But if you ever get the chance to have a conversation with someone who speaks only the tiniest bit of English and to whom you can speak very little of his language, you should go for it. I like Charades, so I had a blast.

It’s the rainy season in Costa Rica until December, so things were pretty low-key and I was in no danger of coming back with one of those November tans people get so jealous of (ok, so I was probably in no danger of that had there been sun either, but that’s beside the point). But I did get to sit on the beach a bit (beautiful), go swimming, and hike and horesback ride in the rainforest. Then, there was the dancing. Ahhh, the dancing.

I don’t want to get in trouble with anyone for making sweeping generalizations, but the men in Costa Rica could dance (Obligatory disclaimer for liberals: I realize that not every single Latin man can dance and that cultural stereoypes, even positive ones, can be harmful. I know that my comments are unsophisticated and without nuance, but it’s all good as long as I pick on white people for not being able to dance, right?). For the ladies, have you ever danced with men who can actually dance? It is AMAZING. I haven’t gotten the chance to do it very often. We kids today shake the booty and drop it like it’s hot, but we don’t often salsa. And these guys not only could dance, but they liked it. It wasn’t the traditional, grudging trudge-to-the-dance-floor-for-one-slow-dance you usually get out of your boyfriend. Carlos didn’t speak any English, but he taught me the basic steps, and that’s all I needed. After that, he just spun me around and around (right round, baby, right round). He did all the work, but I looked like I had really done something. Highly recommended. Can’t wait to do it again. Luckily, the best friend knows a club with salsa dancing in Georgetown.

I had deeper, political and economic observations about Costa Rica, but first things first, right? It was a great place with great food (as long as you like spicy food and a lot of cilantro, which I do), and it doesn’t cost much to fly there. And, did I mention the dancing? Sigh. 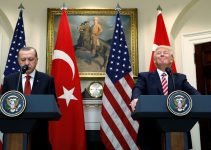 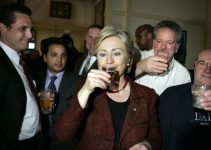