This weeks Weekend Caption Contest™ seemed like such a good idea at the time, but upon further reflection I realized how hard a picture it was to caption. The winning entries this week did a good job with this hard to caption picture: Here are the winning captions::

3) (Eric) – “Mayor Ray Nagin laughs from his Dallas, TX poolside retreat while watching the Congressional Hearings into Katrina on C-SPAN, knowing full well that whitey can’t tell one black man from another.“

4) (FreakyBoy) – “The ghost of Blanco appears In the New Orleans Playhouse’s updated version of Macbeth.“

The Lloyd Braun Award goes to:

Yet another hilarious ‘Perfect Strangers’ spinoff from the makers of Miami Vice and Night Ridder… An action-comedy starring Urkel (Jaleel White) from Family Matters and Larry Appleton (Mark Linn-Baker) from Perfect Strangers fighting crime in a post-apocalyptic NOLA after Katrina.

Linn-Baker is given a fresh chance in life when he is granted parole from Pelican Bay and partnered up with White. Can he control his steroid rages and convince White that his Aryan Brotherhood past was just a survival technique in a harsh prison?

The two are guided by the wise words and experience of the Blanco 2005 crime-fighting machine who appears as a holograph whenever their hilarious hijinks get out of control.” 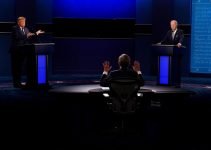