Home
Asshats
Hoist by his own F-Stop

AL over at Sir Humphrey’s thought he noted something odd about AP and Reuters photographer Bilal Hussein’s pictures of “insurgents” in Iraq, so he did a bit of digging. And what he found is highly damning.

Go ahead, take a look. I’ll be here when you get back.

I think it’s indisputable that Mr. Hussein is not simply capturing images of the Iraqi war, but is actively cooperating with the terrorists. In fact, they like him so much that they will pose for him, in dramatic postures and weapons, helping him put them in their best light.

I think it’s safe to say that Mr. Hussein clearly has sympathies in the war… and it’s with those who target and kill civilians wholesale, those that behead hostages on videotape while screaming “God Is Great!,” and send suicide bombers after such targets as school buses and marketplaces. And the AP and Reuters seem to be glad to continue to subsidize his efforts. 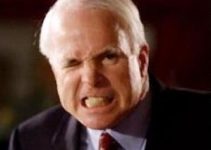