Home
Media
Rathergate – Rather And Mapes Still Don't Get It

Perhaps when on is running a covert political hatchet job – especially on which rehashes previously told stories to showcase a supposed new smoking gun – you assume that everyone critical of your work is running their own secret black op. What else can explain the conspiratorially obsessed musing of the chief architects of CBS 60 Minutes II’s disastrous look at President Bush’s service in the Air National Guard. Everyone knows how that story turned out, but Mary Mapes (the segment producer) and Dan Rather (the segment anchor) still don’t understand the tectonic shift in the balance of power between the media and the public – they’re locked in the ivory towers of the 4th estate. They’ll tell you what’s true dammit! Ignore what you can see with your own eyes….

To wit, witness the joint delusion. Here’s Mary Mapes from the first chapter of her new book:

I was told that the first posting claiming the documents were fakes had gone up on Free Republic before our broadcast was even off the air! How had the Web site even gotten copies of the documents? We hadn’t put them online until later. That first entry, posted by a longtime Republican political activist lawyer who used the name “Buckhead,” set the tone for what was to come.

An here’s Dan Rather, from an interview with NBC’s Marvin Kalb:

“There are some strange, and to me, still mysterious things,” he said. “Certainly unexplained things that happened about how it got attacked and why, even before the program was over,” Rather said.

The only strange and mysterious thing about the story is why Dan was allowed to depart CBS with even a shred of his reputation intact.

Even liberal blogger Kevin Drum, who had already thoroughly covered the Bush/TANG story six months prior to the 60 Minutes II story, thinks Mapes is nuts:

“This is ridiculous. Mary Mapes went to air with a story that was full of obvious holes and hadn’t been checked adequately. There is tons of evidence that the memos are forged and not one single piece of evidence suggesting they’re real. If Mapes is still trying to defend them, she’s delusional.”

If it weren't for bad ideas, they'd have no ideas at all
Commander-in-chiffon
Tags:media, Rathergate 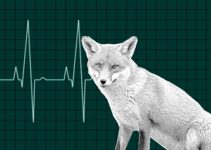