Even though Senator Hillary Clinton has gone to great lengths to portray herself as a moderate Democrat, there are certain litmus tests one must pass to remain a front-runner for the party’s nomination in 2008. Voting against John Roberts appears to be on of those items. To wit, consider some of the gymnastics Clinton goes through to justify her vote against Roberts in this press release.

“The nomination of Judge John Roberts to be Chief Justice of the United States is a matter of tremendous consequence for future generations of Americans. It requires thoughtful inquiry and debate, and I commend my colleagues on the Senate Judiciary Committee for their dedication to making sure that all questions were presented and that those outside of the Senate had the opportunity to make their voices heard. After serious and careful consideration of the Committee proceedings and Judge Roberts’s writings, I believe I must vote against his confirmation. I do not believe that the Judge has presented his views with enough clarity and specificity for me to in good conscience cast a vote on his behalf.

What follows is a long recitation of conjecture based on old memos and rhetoric first seen from left-wing think tanks.

Reading between the lines, she admits in her closing paragraph that she’s really voting to pander to the base.

Since I expect Judge Roberts to be confirmed, I hope that my concerns are unfounded and that he will be the kind of judge he said he would be during his confirmation hearing. If so, I will be the first to acknowledge it. However, because I think he is far more likely to vote the views he expressed in his legal writings, I cannot give my consent to his confirmation and will, therefore, vote against his confirmation. My desire to maintain the already fragile Supreme Court majority for civil rights, voting rights and women’s rights outweigh the respect I have for Judge Roberts’s intellect, character, and legal skills.”

Maybe her stock will rise in the Daily Kos’s monthly Democratic straw poll… or not. 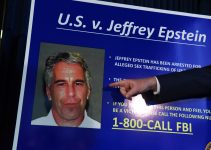