Home
Gay Marriage
Gays to voters: "We know where you live"

I’ve said, repeatedly, that I’m in favor of gay marriage. But I support it ONLY if it’s enacted properly, by legislative act or popular vote, such as through a referendum. To bring it about by fiat, such as was done in Massachusetts, will ultimately be self-defeating.

That out of the way, I have to comment on the latest goings-on in Massachusetts. As many of you know, the whole gay marriage thing started down there when a few gay couples sued the state for the right to be wed. As the case wended its way through the system, the legislature repeatedly dodged, evaded, and avoided the whole issue, with the leadership actively squelching repeated petitions and calls for a state Constitutional amendment to address the issue. Apparently, their belief was that “if we ignore it, it’ll go away.”

Naturally, after repeated warnings, the Supreme Judicial Court came down with its ruling: gays could not be denied the “right” to be wed.

The general populace of Massachusetts, which isn’t quite as liberal as their chosen representatives would suggest, predictably went ape. The pro-gay-marriage side might have been better organized, better funded, and louder, but they certainly weren’t more numerous. And now they’d given their opponents a combination wake-up call and rallying cry.

So now the unwashed masses are finally stirring. They’re putting together yet another petition to get the question of gay marriage before a Constitutional convention. They’re pretty familiar with the process — they did it several times before, and each time the leaders of the Legislature took the petitions, crumpled them up, and tossed them into the trash unread.

This time is different. The eyes of the nation are upon them, and the so-called leaders are finally realizing that the people are PISSED. Royally, righteously, ripshit furious. Maybe even enough to stop voting for them and deptive them of their secure, comfy jobs and positions of power.

So the bigwigs are making noises about actually listening to the people who put them in office and pay their salaries.

This has the pro-gay-marriage very, very nervous. In every single case when gay marriage has gone to the people for a vote, it’s lost. They have the Boston Globe firmly in their corner (after all, Chief Justice Margaret Marshall is married (in a presumably non-gay way) to New York Times columnist Anthony Lewis, and the Times owns the Boston Globe), they have a few key judges and legislators, but they don’t have the proletariat behind them on this one. They are desperate.

And as the old saying goes, desperate times call for desperate measures.

Two gay activists, happily married now, say that they simply cannot believe that anyone would sign the petitions going around. And as a sign of their incredulity, they’re going to post the names and addresses of all the signers they can identify on a web site.

Let’s be honest. There’s only one reason, and one reason only, someone puts together a list of people’s names and addresses and publishes them. They’re not trying to help them win the Publisher’s Clearing House Sweepstakes. They’re not trying to conduct a demographic study. They’re out to intimidate them. They want people to be nervous about affixing their names and addresses to a petition, knowing that someone who disagrees with them and might be prone to violence could just click on a web site and find out where they live.

As I said at the top, I support gay marriage. But if I lived in Massachusetts (and thank god I don’t), I’d sign one of these petitions just to get the issue before the people, where it belongs.

And after reading about this move, I’d sign it in John Hancock-sized letters, purely as a big “F U” to these assholes.

By the way, Tom Lang and Alex Westerhoff — the couple behind this move — apparently live in Manchester-by-the-Sea, Massachusetts, and own an antique shop in Essex, Massachusetts. Ten minutes of Googling got me the business’ full name, address, and phone number, but I am unsure if I should publish it. 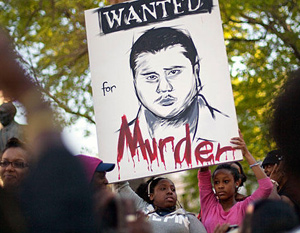