In light of the current effort to replace the soon-to-retire Sandra Day O’Connor on the Supreme Court, the judiciary has been on my mind lately. As I’ve thought about the subject off and on, my thoughts have kept coming back to jurisdiction-stripping and judicial review.

For the uninitiated: “Jurisdiction-stripping” would use Congress’s power under Article III, Sec. 2 of the Constitution to remove the courts’ ability to hear cases. That power was tested in Ex Parte McCardle, 74 U.S. 506 (1869) (Abstract; Text of case), where the Supreme Court found that when Congress confers jurisdiction by statute, it may later repeal that same jurisdiction. Timothy Sandefur comments further on jurisdiction-stripping here.

Judicial review, on the other hand, is the courts’ ability to declare that a law or other legislative act is unconstitutional, as first set out in Marbury v. Madison, 5 U.S. 137 (1803) (abstract; text of case).

In the modern context, conservatives have assayed jurisdiction-stripping to prevent courts from hearing cases involving, for example, school prayer, same-sex marriage, and the display of the Ten Commandments on public property. On the Ten Commandments and school prayer issues, the courts have taken the position that certain state-sanctioned practices are not permitted under the Constitution. Those who favor jurisdiction-stripping presumably disagree with these interpretations.

I am curious, however, about whether such acts can be rendered constitutional simply by stripping the courts’ ability to hear such cases, or, indeed, if the jurisdiction-stripping itself would be constitutional when the practice in question concerns constitutional questions.

In counterpoint, I submit this quote from Federalist No. 78:

he complete independence of the courts of justice is peculiarly essential in a limited Constitution. By a limited Constitution, I understand one which contains certain specified exceptions to the legislative authority; such, for instance, as that it shall pass no bills of attainder, no ex post facto laws, and the like. Limitations of this kind can be preserved in practice no other way than through the medium of courts of justice, whose duty it must be to declare all acts contrary to the manifest tenor of the Constitution void. Without this, all the reservations of particular rights or privileges would amount to nothing.

Some perplexity respecting the rights of the courts to pronounce legislative acts void, because contrary to the Constitution, has arisen from an imagination that the doctrine would imply a superiority of the judiciary to the legislative power. It is urged that the authority which can declare the acts of another void, must necessarily be superior to the one whose acts may be declared void. As this doctrine is of great importance in all the American constitutions, a brief discussion of the ground on which it rests cannot be unacceptable.

There is no position which depends on clearer principles, than that every act of a delegated authority, contrary to the tenor of the commission under which it is exercised, is void. No legislative act, therefore, contrary to the Constitution, can be valid. To deny this, would be to affirm, that the deputy is greater than his principal; that the servant is above his master; that the representatives of the people are superior to the people themselves; that men acting by virtue of powers, may do not only what their powers do not authorize, but what they forbid.

Under this interpretation, it seems that when a dispute is brought before a court, the practice or law in question is

It only supposes that the power of the people is superior to both [legislative and judicial power]; and that where the will of the legislature, declared in its statutes, stands in opposition to that of the people, declared in the Constitution, the judges ought to be governed by the latter rather than the former. They ought to regulate their decisions by the fundamental laws, rather than by those which are not fundamental.

There seems to be an inherent conflict here. Given Federalist No. 78’s predeliction for accreting superior authority to the Constitution, and to the court system’s role in interpreting the Constitution, it appears that a law with a jurisdiction-stripping provision would still be fair game for the court to consider if the law itself is in violation of the Constitution. Thoughts?

Pennywit has no artificial flavors or preservatives, and regularly blogs at Pennywit.com.

Missing the point
It's Now or Never 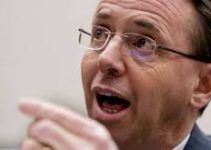