Those of you who follow liberal blogs might have noticed a recent contretemps over what role NARAL should assume in the coalition dedicated to liberal causes, pro-choice points of view, etc.

In a nutshell, the two points of view are this:

1) NARAL views itself as a single-issue organization that should secure abortion rights at any cost, whether that includes opposition to a certain judicial nominee or support of a pro-choice Republican politician.

2) NARAL should develop discretion and realize that it’s part of a greater liberal coalition that will do more for abortion rights than any pro-choice Republican ever will.

Where this particularly turns interesting is in how those who hold these views regard each other. A quick perusal of Media Girl, for example, reveals that many pro-choice feminists regard the liberal blogs’ retreat from choice issues as a retreat from women’s rights in general … and yet another example of men not having enough respect for women’s rights.

Meanwhile, Kos, Oliver Willis, and Ezra Klein, to cite three examples, all find NARAL’s positions to be unhelpful to the greater cause of electing Democratic majorities to Congress and retaking 1600 Penn.

Last week, I commented on the situation on my own blog, finding fault with both sides of the dispute.

But in the wake of NARAL’s blatantly false anti-Judge Roberts ad, not to mention Oliver Willis’s severe tongue-lashing over the ad, I can’t help adding a little more.

When I look at NARAL’s latest, most publicized efforts, there appears to be no real strategic thinking aimed at effecting real change. There’s the anti-Roberts ad … and that utterly ridiculous “Screw Abstinence” rally in Washington state, which made NARAL look so far out of touch that Dennis Kucinich was starting to sound reasonable.

What I notice here, and to an extent at other organizations, is an insatiable desire to stoke passions among an ever-narrowing group of activists. Oppose Judge Roberts! Screw abstinence! Sue Fox News! Support Cindy Sheehan! While these actions might sound great, I don’t think they’re effective.

The problem is that while these measures are great for motivating the base, they absolutely suck when it comes to persuading the unconverted to, if not join you, than to grudgingly support your agenda, at least in part.

But as long as these advocacy groups continue to listen to themselves talk, rather than test their words against the real world, they’re going to drive more and more people away from the liberal side of the aisle.

A Little Deeper
Iran Backing Network Of Terrorists In Iraq 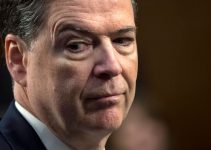 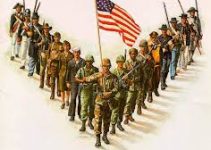