WASHINGTON – President Bush’s standing with an American public anxious about Iraq and the nation’s direction is lower than that of the last two men who won re-election to the White House — Ronald Reagan and Bill Clinton — at this point in their second terms.

But solid backing from his base supporters has kept Bush from sinking to the depths reached by former presidents Harry Truman, Richard Nixon, Jimmy Carter and Bush’s father. Truman decided not to run for re-election. Nixon resigned. Carter and the first President Bush were defeated in re-election campaigns.

“This president should be glad he’s not running for re-election,” said Karlyn Bowman, a public opinion analyst from the American Enterprise Institute. “But the president is clearly holding his base. It’s very important for him to keep the base support in terms of getting things done.”

Indeed, Republicans in Congress already are starting to fret about the 2006 election. If Bush’s approval ratings sink lower, more of them may be unwilling to go along with his major initiatives for fear it could cause backlash for them with voters.

Bush’s job approval in recent polls ranges from the low- to mid-40s. It was 42 percent in the latest AP-Ipsos poll. His ratings on everything from handling Iraq to the economy to Social Security and other domestic issues are at their lowest levels so far.

Reagan was at 57 percent at this stage of his presidency and Clinton was at 61 percent, according to Gallup polling at the time.

Of course, this comparison is more than a little unfair.

First off, there are some very serious questions about the AP-Ipsos poll referred to in the article. Its pretty clear to even the most casual observers of polling practices that the poll’s respondents were not a very representative selection of the American public.

Second, the AP-Ipsos poll is being compared to Gallup polls. We have no assurances that the methods were uniform across all of the polls being referred to. Were the samples polled comparable in size and demographic make up? We don’t know.

Third, neither Reagan nor Clinton were war-time Presidents. President Bush is in the middle of a war the reporting of which the media consistently infuses with a pervasive negative slant leaving the public with all sorts of false perceptions. I’m not sure the media’s bias and attempts to sensationalize all things negative about the war in Iraq has ever been matched before in the history of this country. The media has shown an obstinate unwillingness to report on anything this President does with any but the most faint attempts at objectivity.

In short, I don’t much care for comparisons of this President to any others. Especially comparisons made by mainstream media sources. The fact of the matter is that the President was put back into office by a distinct majority of American voters for handling the Iraq conflict much the same way he is now (among other things).

All that being said, I will agree that the President’s approval rating is suffering, but I’m not so sure its for the reasons the media and the political left would have us believe. I think that many in the President’s base, the people who voted to put him back in office, are a bit disillusioned with him right now. He promised Social Security reform, but we’ve seen little progress. He alluded to tax reform, but we’ve heard nary a word about that. He promised continued progress on Iraq, but in the last few months his position has seemed to grow a bit softer. He continues to sign undisciplined spending legislation into law while abandoning all pretense of being a fiscal conservative.

So, to summarize, I think the President’s approval rating is low not because the people are realizing that Democrats and leftists are right about their criticisms of him but because he’s not being enough of a Republican or the type of President he told us he’d be.

Twisting Words To An Anti-War Agenda
Yet another ethical dilemma 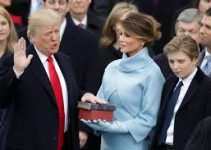