Home
Media
If it wasn't for double standards, they'd have no standards at all…

A little while ago, the USA Patriot Act was up for renewal. (By the way, there ought to be a “No Tortuous Acronyms” law passed. Whoever came up with “Uniting and Strengthening America by Providing Appropriate Tools Required to Intercept and Obstruct Terrorism” should be hauled out and flogged.) Once again, the usual crowd was out in force, shouting the same old tired shibboleths. (Or, alternately, tired old canards.) The Patriot Act was a violation of our rights. It would allow the government to trample all over people’s privacy. It would give license to wholesale snooping and other intrusions.

And just recently, we’ve seen examples of just that sort of behavior. The kind of gross investigations and digging and mud-slinging that the critics of the Patriot Act predicted.

The only problem is that it wasn’t the government doing it, or even egging it on. It was many of the same people who had stood so strongly against the Patriot Act.

In the wholesale, headlong rush to damage Supreme Court nominee Judge John Roberts, the left turned its guns on his family. When they noted that the Judge’s wife might have had a hint of displeasure or disapproval on her face when Roberts mentioned their son, they immediately leaped to the conclusion that the son must be gay, like Dick Cheney’s daughter or Newt Gingrich’s sister, and be the Roberts’ secret shame.

That little theory lasted about as long as it took to discover that this flaming fruit they were so eager to pull out of the closet was all of four years old.

But they had their teeth sunk into the idea that there must be something, SOMETHING scandalous about Jack Roberts (other than his breakdancing in the White House when his father’s nomination was announced). So the New York Times assigned investigative reporter Glen Justice to uncover the sealed records of the adoption and find something — anything — that might derail Judge Roberts’ elevation to the Supreme Court.

When the Patriot Act was debated (and recently re-debated), its critics (and the New York Times was quite prominent) spoke how the government could use that Act to do things like check my library records, my video rentals (much like was done against Clarence Thomas (correction — Robert Bork)), and various and sundry other things.

But I think I’m more frightened of what the New York Times might do to me, given the precedent they are setting with the Roberts case.

MSNBC's Bad Blood
Man, I hate it when that happens... 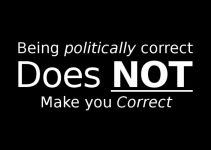