For years now, private health insurance has been illegal in Canada. The same goes for directly contracting with a doctor (paying out of pocket) for medical services that are covered by Canada’s Medicare program. The idea behind such madness: to make the nationalized health care system the only health care system.

Well, in greater and greater numbers, Canadians are becoming sick and tired of their nation’s grand experiment with socialized medicine.

In a recent ruling (Chaoulli v. Quebec), Canada’s Supreme Court struck down Quebec’s ban on private health insurance. The polling that followed the decision is eye-opening.

The Globe and Mail:

OTTAWA — A majority of Canadians are willing to pay out of their own pockets for medical procedures to avoid long waiting lines, according to a new public opinion poll.

The poll suggests, too, that federal politicians are far behind the public in the health-care debate, fearing even to discuss the possibility of private health insurance or a two-tier system.

Specifically, 63% of Canadians would be willing to pay out of pocket to gain faster access to medical services.

Meanwhile, 55% of Canadians agree with the recent Chaoulli decision allowing individuals to buy private health insurance. That number might otherwise be higher, but the political and media establishment in Canada came out immediately, unanimously, and ardently against the concept of a two-tier health care system following the Supreme Court ruling.

Just like nobody voted for Nixon in 1972, I guess.

Will Franklin socializes liberally at WILLisms.com.

Captain, But No Tenille
Putting Words In People's Mouths 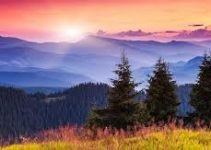