A while ago, I took a look or two at the different ways mothers and fathers who kill their children are treated. Usually, the mothers are thought of as “sick” and “disturbed” and the event is treated as a tragedy (see Andrea Yates), while the fathers are “monsters” and “evil” see New Hampshire’s Manuel Gehring).

This story from California, featuring Marcus Wesson, brought it back to my attention. Mr. Wesson, as you might recall, ran his family as his personal harem, with multiple wives and having children with his own children, until he killed nine of them.

With this case, I think I finally crystallized my thoughts. Why is Wesson a demon, while Yates a victim, to a large portion of our society? I think I might have an idea.

For better or worse, we as a society tend to think of children as an extension of their mothers. The role of fathers has been downplayed more and more, to the point where nearly every portrayal of fathers is falling into the “doofus dad” category.

With that in mind, it becomes clear: a father kills the children to strike at the mother. He is furious with her, but wants to make sure she suffers, so she kills her through her children, knowing that she will suffer even more than if he had killed her outright.

But when a mother kills her children, it’s a form of self-destructive behavior. It’s suicide by proxy. She’s striking at herself, punishing herself for her perceived wrongdoings and shortcomings. And by sparing herself, she’s forcing herself to live with the consequences of the killings.

I realize the Wesson case doesn’t quite fit in here — that one seems to be more about control issues, and “punishing” the children who resisted him — but it prompted me to re-visit the issue.

Of course, I might have figured it out a bit sooner if I’d actually read the article that reader Lyana had recommended, over at Slate. It touches a lot of the questions I had, and probably would have helped me figure this out a lot faster.

Now, if you’ll excuse me, I feel the need for another shower…

I just fisked a girl named Maria...
Who's your daddy? 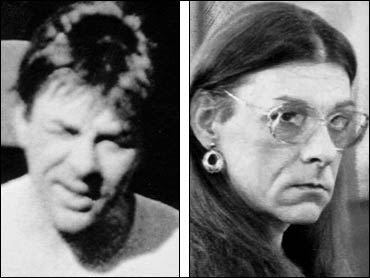