There’s a great deal of buzz going around about the Discovery Channel’s list of the Greatest Americans. The first cut drew it down to 25. The next cuts brought it down to five, and Sunday they’re doing their final listing.

One Boston talk show tried an interesting gambit. They listed the final five (Benjamin Franklin; Dr. Martin Luther King, Jr; Abraham Lincoln; George Washington; and Ronald Reagan) and asked their callers who they would remove from that list, and who they would like to see take their place.

One guy’ suggestion really floored me. He listed his nominee’s qualifications, and I had to agree with him — that person really deserved to be in the top five.

Here are three simple facts about his nominee:

1) This person was awarded the Congressional Medal of Honor — and this was when it really meant something, not like during the Civil War when, as I recall, one entire unit won it simply for re-enlisting. This was presented for a clear-cut case of heroism, well “above and beyond the call of duty.”

2) This person also won the Nobel Peace Prize, again when it really meant something. The notion that Yassir Arafat shares this honor with this person nauseates me no end.

3) Neither the Congressional Medal of Honor nor the Nobel Peace Prize were this person’s greatest achievement, the one for they are most well remembered.

Wizbang Bonus Bucks to the first person who can name this individual, who didn’t even make Discovery’s top 25.

Update: DAMN YOU, Maker of Worlds! Damn you! Not even TWO LOUSY MINUTES!

Doesn't sound too appetizing to me...
I thought we were past the "she was asking for it" BS... 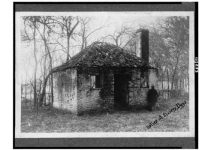