Ten celebrity (or semi-celebrity) stories you may have missed…

Remember Starsky & Hutch, Duplex, and Along Came Poly? A NYC mugger got a refund for those awful movies directly from Ben Stiller. – [National Enquirer]

NASCAR driver Jeff Gordon botches Take Me Out To The Ballgame at Wrigley. [CubsNet] (Video)

Jessica Simpson and Nick WhateverHisNameIs were getting divorced before they weren’t getting divorced – whatever… Enjoy some Jessica bikini pictures (NSFW) via Drunken Stepfather. – [E! Online]

Former CNBC anchor Bonnie Behrend “has become unhinged after four years of being off the air.” – [Page Six]

Based on this quote, “I’m not really good with just really being intimate one-on-one, and I think it really helped me havin’ a camera there instead of it just bein’ me and him,” the probability of Britney & Cletus Federline-Spears sex tape hitting the Internets is approaching 100% [Entertainment Weekly]

The Wall Street Journal reports that Jeff “Skunk” Baxter, formerly of Steely Dan and The Doobie Brothers is one of the most sought after counterterrorism experts in the world. – [Pittsburg Post-Gazette]

Feel free to join in with your own items via Trackback. If your blog software doesn’t provide that capability, you can use the Wizbang Trackback tool. 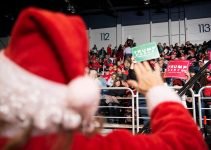