HBO’s boxing boy Jim Lampley, who is clearly the tin-foil adorned star of the otherwise un-star-filled and overly self referential Huffington Post, is my early favorite to make the Wicked Witch of the Westside nothing but a distant memory. Take Larry Merchants crazier half’s post this morning:

I find myself reciting three words in response to Senate Majority Leader Bill Frist’s “Nuclear Option”: bring it on!!

It’s excruciating on a day-to-day basis to have to endure the social divisiveness, elitist arrogance and blatant media control of creeping fascism in America. But each step in the neoconservative push to remake the country in their prescribed image plays a little further into the hands of reasonable progressive political thought.A little more than a week into the Fluffington Post I say with great confidence that Lampley appears to be a one-note dyed-in-the-wool moonbat the likes of which we’ve not seen since, well… MoDo herself.

Come September, when Dowd is moved behind her online shroud to practice her satanic Rove worship and live human sacrifice (in a “love what you hate” kind of way), Jim Lampley will still be on full, idiotic display at HuffPo. Jim Lampley could be the new Maureen Dowd, minus the psychotropic drug induced facial twitching thing…

Note: Over at Huffington Is Full Of Crap, the full Lampley screed is fisked magnificently by The Great Satan; and in even better moonbat watching news the Lampley Archive is coming soon!!! 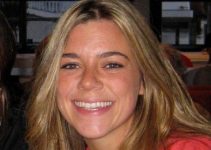