This weeks Weekend Caption Contest™ featured a return of the penguins (as noted by Rodney Dill), and many fine and worthy entries. Alas I must pick but a few for accolades (or brickbats to the judge); so without further delay here are the winning entries for this picture: 2) (Eric) – “While dangerous and some say fool-hardy, residents of San Francisco participate in the annual running of the penguins.“

3) (McGehee) – “[sigh] It brings back memories of the olden days when rough-and-ready Americans would drive their penguin herds to market, braving storms, rustlers and marauding Indians.“

4) (Laurence Simon) – “You know, the last guy I knew who had Chlamydia was wearing a tuxedo, too.“

(Sean Gleeson) – As they marched, the moonbat penguins chanted and sang:
“We’re here, we’re Spheniscidae, get used to it!”
“What do we want?” “Krill!” “When do we want it?” “Now!”
“Boycott Batman!”
“Cloacal sex is a right!”
“Keep your rosaries off my uropygial gland!”

John Kerry, Outsider
They also serve, those who only sit and type 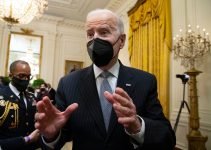