Two stories are floating around the blogosphere of late, and I think I see a common thread between them.

The first is the tale of how Microsoft chose to not weigh in on Washington state’s proposed gay rights law (described by Kevin here). A couple Microsoft employees apparently get word of the company’s official “no opinion” stance and testified in favor of the bill, prompting the company to reassert its official non-position. But because a religious activist group had brought the matter to Microsoft’s attention (accompanied with a laughable threat to “boycott Microsoft products,”) this was immediately spun as “Microsoft caves to the Religious Right.”

The second story isn’t getting as much play. Senator Rick Santorum (R-PA) is quietly pushing a bill that would gut the National Weather Service’s public website, leaving the field open for the two major private suppliers of weather information, Accuweather and The Weather Channel. (Better summaries here, here, and here, as well as Wizbang frequent commenter Boyd’s take here).

Dave Halliday’s really the go-to guy on this story, though. He smells blood (well, money), and he’s on it like a shark. He’s putting together the pieces of a puzzle that, at the least, do NOT make Senator Santorum look very good, and show just how corrosive an influence corporate money can be on politics.

Now, with this sterling example, let’s look at the Microsoft case again. Here is a big — well, rather, huge — company specifically saying that it has NO opinion on a public issue, is taking a hands-off position, and letting the whole matter succeed or fail on its own merits. But because they have a history of being friendly to gay causes in the past, the left is howling about “betrayal” and how Microsoft apparently had some obligation to back this bill.

There’s an old saying that “the government that’s big enough to give you anything you want is big enough to take away everything you have.” And the same principle holds true on corporations and legislation — if Microsoft is to be encouraged to use its might to influence lawmaking this time, what’s to stop them from doing it whenever it wants, for its own benefit?

This pains me to say, but Microsoft did the right thing this time, and they don’t deserve to be roasted for it. And I sincerely hope that Dave Halliday’s investigations are followed up on — it looks like Accuweather deserves a big black eye for this effort of theirs. 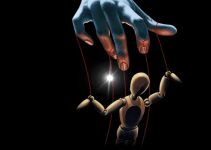