Home
Justice
Who watches out for the watchers?

While I was finishing up my earlier story on the murdered police officer in Providence, Rhode Island, I discovered this story with some eerie similiarities out of Medford, Massachusetts.

Recently, a group of three police officers drove off a group of unruly teenagers from a carnival. Later, they received reports that the same group was harassing other people nearby, and went to investigate. The confrontation turned into an all-out brawl that sent five teenagers to jail and three officers to the hospital.

The police say that the teenagers rushed them, got their batons and flashlights, and were struggling for the officers’ guns. They say they were on the verge of drawing their guns themselves and shooting their attackers when they finally managed to overpower them (despite being outnumbered by at least 5 to 3).

The boys say that the police attacked them, and they were only defending themselves. They are being supported by their parents.

The father of Calvin Belfon Jr., 17, is sticking up for his son. Calvin Belfon, Sr., says his son has never been in any trouble, and that the Medford officers attacked him and his friends.

Now, I expect this from most parents. They’re going to stand by their kids, right or wrong. But Belfon is a Boston police officer, and is choosing to side with his son against his brother officers.

I believe the cops in this case. They were outnumbered; the smart thing would have been to try to intimidate the teenagers into moving on, not actually initiating the fight. And if they had attacked first, I’d like to think they were trained and equipped well enough to put at least one of the punks in the hospital, not ending up there themselves.

(One personal note: yes, I know there is such a thing as “police brutality.” I’ve even seen it myself, up close and personal. I even filed an official report as a witness, and the officer was disciplined as a result of my report. Somewhere around here I have a letter from the Chief of Police thanking me for reporting the incident. But I think that the outcries of “police brutality” are vastly overstated, and this case is one of them.) 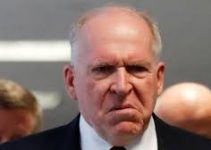