It’s good to know that the media is predictable in their babble. Yesterday I said of the up coming coverage:

BTW Look out for words like “lost opportunity.” As in, “The Catholic church had a great opportunity to open itself up to a broader base. They could have supported premarital sex, adultery and abortion on demand but they lost that opportunity when they selected someone who actually believed in the teachings of their own religion.”

Then this morning, without even looking for it, I see this:

London – One of the world’s leading pro-choice groups expressed regret at the election of Joseph Ratzinger as pope on Tuesday, saying the social conservative German cardinal could hamper efforts to improve public health in the developing world.

“It looks like this particular cardinal will continue with the line on contraception, condoms, and HIV prevention that Pope John Paul II had.

If only he supported abortion THEN we would just love him… but the new pope still thinks killing babies is wrong… Another opportunity lost for the church.

There were so many “missed opportunities” in the British media that the Khaleej Times did a ’round-up’ of them.

LONDON – Some British newspapers on Wednesday regretted the election of a conservative German cardinal as pope over someone from Latin America or Africa–home to most of the world’s 1.1 billion Roman Catholics.

Other dailies chose instead to explore the potential of Cardinal Joseph Ratzinger, 78, in his new role as Pope Benedict XVI.

The new pontiff “is the most conservative and internally perhaps the least divisive choice the conclave of 115 cardinals could have reached in its three dimensional tussle with doctrine, geography and personality,” said the Guardian newspaper, referring to the election process at the Vatican that ended on Tuesday.

“But his is a name that will clamp the cold hand of foreboding round the hearts of all who care about the developing world,” it warned in an editorial.

Despite coming from the same mould as his predecessor, the hugely popular John Paul II–a man widely attributed with helping end communism in Eastern Europe–the Guardian described Ratzinger’s election as an “opportunity missed”.

“Here is an overwhelming sense of an opportunity missed,” it wrote.

and from the NYT:

In America, some exult, others groan

SAN FRANCISCO – Roman Catholics poured into cathedrals and parish churches across the United States on Tuesday to celebrate Masses of thanksgiving for the new pope, Benedict XVI, but the choice of Cardinal Joseph Ratzinger prompted strong disagreement over what he would mean for the American church.

Some liberal Catholics and interest groups blasted the choice as a lost opportunity to move the church in a less doctrinaire direction since the new pope, a conservative German who was close to the late Pope John Paul II, has long held hard-line positions on many divisive issues, including the ordination of women, birth control and homosexuality.

A Catholic Pope! What were they thinking! We want one of those new Popes who gets doctrinal advice from Andrew Sullivan.

There’s more- but you get the point. The only thing that would have satisfied the liberals would be if the conclave named Hillary Clinton. So really their “criticism” is worthless.

Quote Of The Day - Richard Pryor Fan Club Edition
Only in Massachusetts: Boston rips itself off, ends up losing money 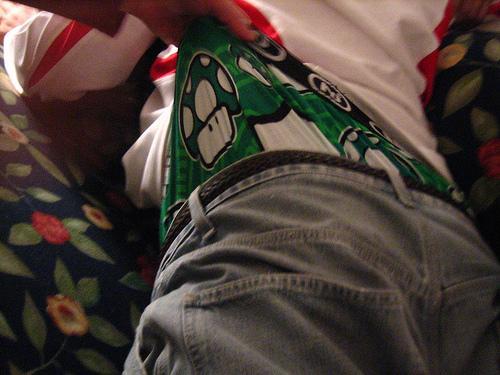