Comment and trackbacks at Wizbang are open and do not require registration. We are looking into a registration system to help frequent Wizbang commenters establish a confirmed identity which can’t be spoofed.

Your participation – whether you agree or disagree with us – is welcomed and valued. We do not censor comments based on political or ideological point of view. As a general rule comments and trackbacks will not be deleted. As with any general rule there are exceptions. Comments that will ALWAYS be deleted or modified include:

Comments that are actually advertisements in disguise will be deleted. If you’ve got a product to sell you can buy and advertisement at Wizbang for your product. The links to buy advertising are in the left sidebar.

Each individual author is responsible for monitoring the comments to their posts, and ultimately determines which comments merit deletion. All Wizbang authors are briefed on the site policy, but are given some degree of latitude to police their own comment sections. Complaints about a particular author can be addressed to the editor.

Since the approval and moderation system is automated, it is possible that your e-mail address or domain will be placed on system maintained whitelists or blacklists. If for some reason you find yourself unable to comment due the anti-spam software please notify the editor and we’ll investigate.

Comments AND trackbacks to older items (7-14 days) at Wizbang are now moderated or junked. Comment threads with no activity for 2 days are automatically switched into moderation status. This allows us to keep the conversations open on those items while protecting against the comment and trackback spam those items naturally attract. This will be most noticeable for those of you pinging older Wizbang items. Those trackbacks may be rejected. “Me too” comments to older items may be deleted or not be approved.

Q: I posted a comment. Why can’t I see it on the site?

A: The volume of comments on the site has grown rapidly, and sometimes our moderators have trouble approving the comments fast enough. To address this problem, we are working on a system where trusted, regular commenters will be able to post without this delay.

Q: Why am I blocked from commenting on Wizbang?

If a commenter has previously posted comments that are abusive, off-topic, used excessive foul language, or include ad hominem attacks, a Wizbang moderator may decide to ban the commenter’s IP address. This means the abusive commenter is banned from commenting on the site in the future, even if the later comments are not abusive. We ban IPs because the sheer volume of comments makes it too time consuming to individually delete comments written by someone with a pattern of abuse.

If a commenter shares a computer or IP address with someone who has written abusive comments, it could result in a comment being blocked even if the commenter has never posted anything abusive. In the future, we plan on introducing a user log-in feature that will help mitigate this sort of situation.

I Was Trying To Leave A Comment, Instead I’m Seeing This Page. What Happened.?

Most likely you were blocked from commenting. What happened was that some of your previous comments left at Wizbang triggered the spam filters, which automatically blocks future comments – that’s why you now see this page. Considering that the spam prevention system is has an extremely low “false positive” ratio (around 1 out of every 1,000) that’s a level of inexactness we have to live with. If you find yourself blocked and you’re not a spammer, please contact us so that we can remove the block.

It’s also possible that you are trying to access a page that no longer exists or reach an RSS, Atom, or RDF feed whose address has changed. A full listing of our current Feeds is available here. 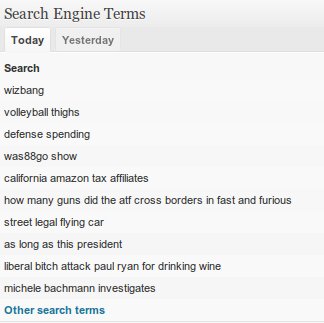