BlogsForTerri has the latest news on the case of Ora Mae Magouirk. Some of the mysteries of the situation are explained and the judge in the case (and possibly the granddaughter) are expected to comment Monday.

..Judge Boyd seems to believe that things fell apart between the families AFTER they left his courtroom and that Beth may have acted upon information from her grandmother’s doctors – that the two doctors in LaGrange must have told Beth that Mae should go into the hospice – else Beth could not have put Mae in the hospice. Judge Boyd had been left originally with the impression that Mae would be placed in a nursing home, hence the language in his formal letter attached to the order that mentioned “nursing home.” As to the issue of feeding and hydration, Judge Boyd said that it was testified in his court that Mae “was” getting nutrition and hydration.

The adequacy of that nutrition (occasional ice chips and jello) is what is at issue. Not being terminal, but being heavily medicated with Morphine, Mae could not request foods of fluids. The evidence (that which is available) seems to indicate that the doctors and/or the hospice weren’t especially interested in keeping her hydrated or nourished. The letter from Ken Mullinax as well as the information from the hospice helps clear up yesterday’s confusion about whether the hospice was denying food and water. Technically their statement about not denying her nutrition is true, but the evidence of her dehydration noted after her move to UAB Medical Center indicates that she was most likely slowly dying of starvation at the hospice. At UAB, Mae is now receiving the food and water she needs, and it was noted that she was seriously dehydrated. Her treatment will be implemented based on the previously negotiated agreement where 3 doctors will confer on her treatment plan.

It’s a little to early to proclaim that this story has some larger meaning, but if I had to pick one cautionary lesson that should be evident from the case it’s that the much vaunted “living will” you rushed out and drew up is only as effective as as the doctors and guardian who are entrusted implement it make it.

Time is not on my side...
Man Arrested At Best Buy For Paying With $2 Bills 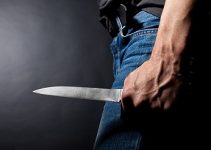