Contemporaries of Doug Flutie surely remember him as the 1984 Heisman Trophy winner and one half of one of most memorable football plays ever. With Friday’s release by the San Diego Chargers he’s also capped a professional career that made for up in longevity what it lacked in memorability.

SAN DIEGO (AP) – Doug Flutie has been sent ramblin’ and scramblin’ once again, and this time it might be for good.

The San Diego Chargers released Flutie on Friday, the latest move in the quarterback’s roundabout 20-year career that has taken him through eight teams in three professional leagues.

The 42-year-old Flutie will always be remembered for the desperation pass against Miami that helped him win the 1984 Heisman Trophy with Boston College. While that play earned him legendary status that lingers to this day, he struggled for success in the NFL because there were always questions about his 5-foot-10 size.

If no team signs Flutie, he will become the last USFL player to exit the NFL. Punter Sean Landeta, cut last season by the Rams, had often joked of outlasting Flutie for that honor.Many future NFL stars (Steve Young, Jim Kelly, Reggie White, Herschel Walker, Doug Williams, Nate Newton, etc…) either started their careers in the short-lived USFL, including 3 Heisman winners in a row. More on the history of the USFL here.

Giving credit where credit is due
Carnival of the Trackbacks II 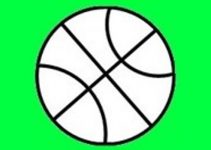