SANTA MARIA, Calif. (Reuters) – The judge in Michael Jackson’s child molestation case issued a warrant for the entertainer’s arrest after Jackson failed to show up for his trial on Thursday, the day his young accuser was set to continue his testimony.

Jackson’s attorney explained that the 46-year-old entertainer was in the hospital with a back problem. The judge rejected that explanation, ordering that Jackson’s bail be revoked and the entertainer jailed if he did not appear within an hour.

Jackson’s 15-year-old accuser was to have begun his second day on the witness stand on Thursday morningThe order take effect at 9:30 AM Pacific. Jackson’s attorney, Thomas Mesereau Jr., was seen awaiting his clients arrival outside the courthouse talking on his cellphone.

Jackson arrived at the Santa Barbara County Courthouse approximately 5 minutes past the judge’s one hour deadline, coming directly from the hospital according to his lawyer. Jackson arrived to court wearing what appeared to be pajama bottoms, looking fragile and confused. There was no word yet on what the judge is planning to do about the arrest warrant.

Sources close to Jackson told FOX News that his lawyer, Thomas Mesereau Jr., was informed his client would get a 15-minute grace period for his arrival in court, but the singer would likely get a major tongue-lashing from the judge. Melville was said to be furious and fed up with Jackson, and swore that such antics wouldn’t happen again, sources told FOX.

Since Jackson appeared within that 15 minute grace period it looks like he won’t be going to jail today.

Final Update: While Jackson’s attorney were surely read the riot act in chambers, in court the judge downplayed the incident and told the jury to disregard Jackson appearance (heh). Testimony from Jackson accuser proceeded.

Supporting our troops
Dude, You're Getting A Pink Slip 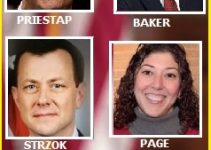