Home
The Looney Left
Lou Dobbs: “reality does have to be legislated”

This is a doozy!

In the middle of a booming economy where home ownership is at a record high and the middle class has a better standard of living then they ever have before, Lou Dobbs and CNN ran the most perplexing story.

Sporting a spiffy new info-graphic that read “ASSULT ON THE MIDDLE CLASS,” Lou started down the rabbit hole:

Well, the shipment of American jobs to cheap foreign labor markets is just part of the assault on this country’s middle class. Prices on just about anything, in fact, are rising, despite outsourcing, despite a $600 billion-plus trade deficit. And American incomes are now struggling to keep up. [Editor’s note: Inflation is up – to a whopping 1.6%. Is Lou old enough to remember Jimmy Carter?]

Bill Tucker has the report.

(BEGIN VIDEOTAPE) BILL TUCKER, CNN CORRESPONDENT (voice-over): The rich really do keep getting richer. [sigh -ed] Last year, the overall CEO’s salary rose 5 percent to $10.7 million, while the overall income increase for all Americans was just 3.5 percent when adjusted for inflation. [Editor’s note: Missing from the CNN report is the fact that the vast majority of “CEOs” run companies with 40 people or less. They are both CEO and OWNER. Many of these people took cuts in pay or took no pay at all during the recent down turn. That they would pay themselves more when business picks up is really quite predictable.]
…
TUCKER: And as the cost to heat homes, fill gas tanks and pay for health insurance continues to rise, the margin for error gets smaller.

AMELIA TYAGI, AUTHOR, “ALL YOUR WORTH”: If something goes wrong, you can’t say, “Why don’t we just get half of health insurance, or why don’t we give one bedroom back on that new house we bought?” These are costs that are largely fixed, and people don’t have a lot of room to cut back on them.

TUCKER: And that squeeze is getting tighter. Homeowners cashed out almost half a trillion in equity in their homes over the past three years.

[Editor’s note: A COMPLETELY phenomenally misused statistic. People did not “cash out” equity because they could not afford to fill their gas tanks, as he suggests. They refinanced to take advantage of lower interest rates. A perfectly logical thing to do. Further, the oldest trick the book is that if you want to buy a new boat or other big ticket item, you refinance your house and use that cash for the big ticket item. That way the interest paid is both at a lower rate AND tax deductible. And this is a business reporter?]

[But not my post, it’s in the extended section]

TUCKER: And it is that cash which has fueled much of the economy. Now interest rates are rising and home prices are no longer increasing. In fact, the last month the median price of a home fell almost 5 percent. [Editor’s note: That’s fake but accurate. Median prices did fall last month… Due to horrific weather in regions where they sell the most expensive homes. People don’t usually go house shopping in 24 inches of snow. more…]

And Lou, given that set of figures, you have to wonder just how much gas is left in the tank for the middle class. [OHMYGAWD WE’RE ALL GOING TO DIE!]

DOBBS: And you have to wonder why policymakers, lawmakers that presumably represent working men and women in this country aren’t representing them on Capitol Hill and why the White House won’t focus on the reality. I love the fact Senator Hillary Clinton saying that you can’t legislate reality.

Well, there are a few folks, like 435 congressmen and 100 senators that are wondering just exactly — well, make that 99 other senators — wondering what she meant by that. Because reality does have to be legislated, or it’s going to be unbearable for our middle class.

What the hell is he talking about? How exactly does one “regulate reality?”

The whole report sounded like something right out the Jimmy Carter era. The middle class was being “assaulted” by that runaway 1.6% inflation while their houses were losing 5% per month of their value. At that rate in 2 years, their houses will be worth nothing! The fact interest rates are up a bit speaks well for the economy. 1.6% inflation is historically near nonexistent.

Dobbs has been teetering on the verge of loony for a while now… I think he might be falling the wrong way.

A Greater Objective
Why Do They Hate Freedom? 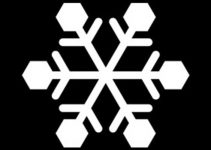