The New York TImes has a story today about one, Doug Wead who secretly taped conversations with then Gov. George Bush as he was preparing to run for President. I read the whole story but I can tell you, it’s a snoozer. Well, lemme qualify that. I’m sure the moonbats will pick out every 3rd word of the story, then read them backwards and find some secret message no rational person finds.

But having said that, after reading the whole thing I can’t help but notice how closely his private conversations mirror his public. If you are looking for hypocrisy, you won’t find any. He courts the evangelical vote but will not kowtow to them, he says he will not bash gays but he is against gay marriage. Basically all the same stuff he has said for 6 years now on the national stage.

In Secretly Taped Conversations, Glimpses of the Future President

WASHINGTON, Feb. 19 – As George W. Bush was first moving onto the national political stage, he often turned for advice to an old friend who secretly taped some of their private conversations, creating a rare record of the future president as a politician and a personality.

In the last several weeks, that friend, Doug Wead, an author and former aide to Mr. Bush’s father, disclosed the tapes’ existence to a reporter and played about a dozen of them.

Variously earnest, confident or prickly in those conversations, Mr. Bush weighs the political risks and benefits of his religious faith, discusses campaign strategy and comments on rivals. John McCain “will wear thin,” he predicted. John Ashcroft, he confided, would be a “very good Supreme Court pick” or a “fabulous” vice president. And in exchanges about his handling of questions from the news media about his past, Mr. Bush appears to have acknowledged trying marijuana.

Mr. Wead said he recorded the conversations because he viewed Mr. Bush as a historic figure, but he said he knew that the president might regard his actions as a betrayal. As the author of a new book about presidential childhoods, Mr. Wead could benefit from any publicity, but he said that was not a motive in disclosing the tapes. …

Mr. Wead said he withheld many tapes of conversations that were repetitive or of a purely personal nature. The dozen conversations he agreed to play ranged in length from five minutes to nearly half an hour. In them, the future president affectionately addresses Mr. Wead as “Weadie” or “Weadnik,” asks if his children still believe in Santa Claus, and chides him for skipping a doctor’s appointment. Mr. Bush also regularly gripes about the barbs of the press and his rivals. And he is cocky at times. “It’s me versus the world,” he told Mr. Wead. “The good news is, the world is on my side. Or more than half of it.” [BOY if that wasn’t prophetic huh? -ed]

[ed- And the best graph of the story…]
Mr. Wead eventually agreed to play a dozen tapes on the condition that the names of any private citizens be withheld. The New York Times hired Tom Owen, an expert on audio authentication, to examine samples from the tapes. He concluded the voice was that of the president.

Tell me Mr. Owen wasn’t given the third degree huh? I bet that decision went up a few layers of management.

Anyway, there’s the link. I found it lame but maybe it was just me. 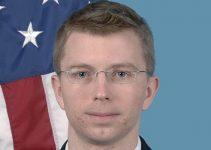