Hey, I finally got my first exclusive!

I was flipping channels earlier today, and I caught a press conference by a U.S. Military official. I didn’t get all of it down, but I think I got most of it.

“Good afternoon. I am General Jack D. Ripper, and I’m here to address the concerns raised by CNN’s Eason Jordan. To be perfectly clear, I am here to confirm those allegations. United States military forces have specifically targeted journalists and killed them.

“Let me explain. Ever since we invaded Iraq, we have suffered from hostile press coverage. I was charged by the President to do something about that.

“As you all know, CNN is one of the most popular news sources in the world, and Mr. Jordan was the Chief News Executive. Some time ago, he had admitted that he had willingly suppressed news stories that would have been unfavorable to Saddam Hussein in response to threats. I took that as a useful sign; if he was willing to let his news coverage be influenced before in Iraq, he might be willing to do it again.

“The problem was we overestimated Mr. Jordan’s intelligence. We wanted to convince him that we were serious, so we deliberately killed about a dozen journalists. Unfortunately for us and them, Mr. Jordan is so stupid, he only recognizes threats that are clearly spelled out to him. He didn’t realize that those deaths were a warning, and kept talking about the killings without connecting them to the hostile coverage he was giving us.

“Finally, we realized that he wasn’t going to shut up, so we had to destroy him another way. Karl Rove came up with a brilliant plan: he would get two of his puppets in Congress, Barney Frank and Christopher Dodd, to lie about Jordan’s remarks in Davos and denounce him. Then we’d whip up our pet right-wing bloggers to keep fanning the flames of the issue until Jordan had no choice but to resign — and, if we were lucky, be succeeded by someone at least as pliable and a bit more intelligent.

“Whether that happens or not remains to be seen. But make no mistake: any media organization that shows such eager willingness to yield to threats and brutality to prevent bad coverage will be treated with threats and brutality. We believe in the simple premise that ‘nothing succeeds like success,’ and if that’s what it takes to get good coverage, we are prepared to do it again.”

At that point, my cat jumped up on my lap and landed on the remote, changing the channel. I couldn’t get it back… 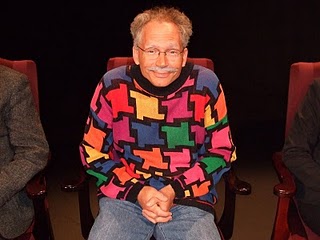