Left-wing bloggers have gotten a bit carried away with their “victory” over Talon News reporter Jeff Gannon. More and more newspapers are picking up the story focusing on the blogger-hyped gay (or gay prostitution) angle. For example The New York Daily News:

WASHINGTON – A conservative ringer who was given a press pass to the White House and lobbed softball questions at President Bush quit yesterday after left-leaning Internet bloggers discovered possible ties to gay prostitution.I don’t know Jeff Gannon (real name Jim Guckert), so I don’t know if he’s involved in gay prostitution, but the registration of 3 domain names (none of which lead to actual content) is a pretty flimsy evidence that he’s involved in gay prostitution. It’s also a shitty defense against libel. The only “evidence” backing those claims are 3 domain names and a picture (in shorts) allegedly of Gucket. There is no record that the 3 domains have ever been used, so it’s entirely possible their existence is proof of nothing more than a little garden variety domain speculation.

One wonders whether fascist-obsessed lefty blogger David Neiwert is going be equally critical of the bloggers in this case as he was of Wizbang for exposing Professor Hailey last year. Consistency would demand that he come down hard on his lefty brethren for libel and encourage Guckert to sue the bloggers into oblivion, as he did to us. We’ll keep you posted.

If you find more sites making the gay prostitution claims leave a link..

Update: In Howard Kurtz’s report on the scandal he interviews Moulitsas who admits to playing up the gay sex angle:

Markos Moulitsas, a San Francisco liberal who writes the popular Kos site, said of Gannon: “He has been extremely anti-gay in his writings. He’s been a shill for the Christian right. So there’s a certain level of hypocrisy there that I thought was fair game and needed to be called out.”

Asked if digging into someone’s personal and business activities was proper retaliation, Moulitsas said: “If that’s what it took to really bring attention to him, it’s one of those unfortunate facts of reality in the way we operate today. It’s sex that really draws attention to these things.”Update 2: Dan Glilmor says, “The scandal is the administration’s contempt for the public, and the lack of journalistic credibility this person demonstrated, not whatever he was doing on the side.” but can’t bring himself to mention what all the fuss is about. The fuss is that now that the media is on the story they’re playing up the gay prostitution angle.

Update 3: See Fred’s comment for more fun facts that dispel some of the more conspiratorial claims of the Kosites. Bill at INDCJournal looks at the serious allegations against Gannon, and finds many pretty flimsy, and Jeff Jarvis has a recap of the cable news coverage of Gannon.

Update 4: Brian Montopoli at CJR’s Campaign Desk, does a good job of examining both sides of the story. 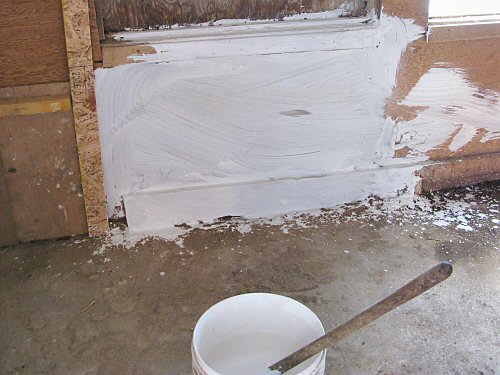