Home
News
A study in contrasts

The tsunamis that devasted much of Southeast Asia happened on December 26, 2004, and the magnitude of the disaster soon started making itself apparent.

On December 27, President Bush briefly interrupted his vacation to order US military forces to the area to provide disaster relief and started the process of funneling US government money into assistance.

On December 30, UN Secretary General Kofi Annan briefly interrupted his vacation to announce that there would be an international conference on January 6 to discuss coordinating relief efforts. High on the list of UN priorities were adequate camps for the rescue workers.

Now, can someone explain to me why Bush is condemned as “insensitive” and “uncaring,” while Annan is praised for his “compassion” and “humanity?” Or has the whole notion of words meaning far more than deeds finally taken hold?

Pissing off the brass
The 40 Most Obnoxious Quotes Of 2004 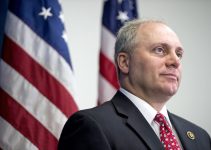