Home
Personal
"Anything for a good line…"

A while ago, I dated a woman that I fell hard for. One of the things we had in common (and one of the things I loved most about her) was we both would engineer circumstances and fudge events “just for the sake of a good line.” We’d never out-and-out lie, but misleading comments and playing on perceptions of others was all too fair.

I think the best example of that was during one of our first dates. During the course of the evening, I suddenly realized I was short on certain medical supplies (I am an insulin-dependent diabetic) and asked if she minded if we stopped at a drug store. While there, I noticed that soda was on sale, and stocked up on that. On completing my purchases, we resumed the date (I think it was dinner and a movie, with the stop just before dinner).

I don’t recall the particulars of the date, other than it went well (we were together, off and on, for some time after), but I do recall one detail from that night. Apparently she told several friends that the highlight of the evening was when I “took her along while I bought some hypodermic needles and Coke.”

I couldn’t really argue with the literal truth of it, but I still wish she’d found a more complimentary way to describe the evening…

Basketbrawl
It's time to play the music, it's time to light the lights... 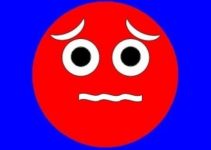