Like many others, I’ve been watching the Kerry campaign struggle and flounder it’s way along the campaign trail. Error follows misstep follows screwup until the whole thing not only resembles political farce, but BAD political farce.

But something’s been niggling at me. Some little voice in the back of my head (besides the one that tells me to lick the light socket to hear a message from God) tells me that there’s a greater game afoot, that not is as it appears, that Kerry and his people are smarter than they appear, that there has to be a grand plan behind it all. And I think I’ve finally figured it out.

John Kerry first ran for public office in 1972, when he lost a race for a seat in the US House of Representatives. He then went to law school, becoming a prosecutor from 1976 to 1979. He remained in private practice until 1982, when he decided to run for Lieutenant Governor.

In Massachusetts, while it is traditional for a Governor and Lieutenant Governor to run as a team, they are not coupled as a “ticket.” 1982 marked the year Michael Dukakis sought to regain the corner office he’d held from 1974 to 1978, and his choice for Lieutenant Governor was Evelyn Murphy. Kerry beat her in a tightly-contested race, and served as Dukakis’ Lieutenant Governor until 1984.

That was the year Kerry first ran for the US Senate. He was up against James Shannon in the primary, who was backed by Tip O’Neill and much of the state party machinery. Kerry beat Shannon by over 40,000 votes and went on to defeat the Republican candidate in what was later dubbed the “Reagan landslide.”

In 1996, Kerry faced his toughest challenge. Popular Republican Governor William Weld took on Kerry for his Senate seat. All the pundits and all the polls showed Kerry going down in defeat. But in the end Kerry rallied and won re-election 52% to Weld’s 45%.

That’s the underlying theme to Kerry’s political career: he’s a “closer.” Whenever he’s been behind, been the underdog, he somehow manages to rally and push and fight and, in the end, win. Maybe this time Kerry is playing to his strengths and letting Bush pull ahead, letting his own campaign fall behind, and he is counting on his own track record of recovering and winning.

It’s either that or he’s a complete moron, along with most of his senior staff. And for all his other flaws, I don’t think Kerry is that much of a moron.

Contest Winners
Could the Navy Revoke Some of Kerry's Medals? 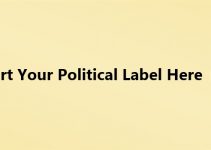