Home
Politics
Defending John Kerry: was he a war criminal?

(Author’s note: as I’ve mentioned before, I have never served in the military, nor am I lawyer. Consequently, I am in no way a military lawyer, nor any kind of expert on military law. I’m just a guy with way too much time on my hand to read and think about things.)

There have been a lot of questions about John Kerry’s service in Vietnam. I was particularly bothered by the ones that looked at the circumstances surrounding his receiving a Silver Star. According to a variety of sources, Kerry was on patrol in his Swift Boat when they spotted a teenager with a rocket launcher. Before he could fire, Kerry’s gunner wounded him, and he fled. Kerry jumped off the boat, chased him behind a hut, and killed him.

Now, here’s where people start accusing Kerry of war crimes. After all, it’s only fair — Kerry himself admitted to committing war crimes himself while accusing others of the same. But let’s break down just what happened, according to Kerry, and see whether anything constitutes war crimes.

Killing a fleeing combatant: Not a crime.
Do a Google search on “highway of death.” During the first Gulf War, Iraqis were fleeing Kuwait and heading back to Baghdad along a long highway. US air forces repeatedly attacked and killed them, only stopping when the pilots grew sick of the slaughter and refused to continue. Further, as the old saying goes, “he who fights and runs away lives to fight another day.”

Killing a teenaged combatant: not a crime.
The word “combatant” trumps all modifiers. Anyone who picks up a weapon during war is instantly “fair game.” Triggers don’t card the person pulling them. Hell, it doesn’t even only apply to people. Arming ANYTHING makes it a legitimate target. Put a gun on a hospital or an orphanage, and the other side is perfectly free to blow it up. And any civilian casualties are the fault of the side that put the gun there.

Killing a helpless combatant: not necessarily a crime.
A soldier who tosses a grenade into a barracks full of sleeping enemy soldiers isn’t committing any crime. A helpless enemy isn’t guaranteed to stay that way very long.

Killing a surrendering combatant: a crime.
This is the only possibility where Kerry could have committed a war crime. If the teenager was trying to surrender and Kerry killed him anyway, then Kerry is guilty. However, there is absolutely no evidence that that was the case, and even then one could mitigate it by citing “heat of the moment.” But I’m going to take Kerry at his word (just this once) and say that the teenager was not trying to surrender.

So, by my reckoning, calling John Kerry a “war criminal” is unjustified, even though he himself claimed the title in sworn testimony before Congress.

Now, I’d really, REALLY like to put Vietnam and Bush’s National Guard service behind us, and focus on issues and more recent accomplishments. I hereby challenge Kerry’s supporters to cite three major accomplishments of John Kerry’s from the last 20 years. If ANYONE can point out a few positive things Kerry has done since getting elected to the Senate, I’d be eternally grateful.

Bonus points will be awarded to those who come up with the most plausible explanation why Kerry’s missed 83% of all roll call votes in the Senate and 75% of all public hearings of the Intelligence Committee over the last year isn’t more compelling evidence of his being “AWOL” from his duties as a Senator than were ever presented in regards to Bush’s National Guard service.

Shop Like Elvis
Olympic Babe Of The Day - Annie Martin 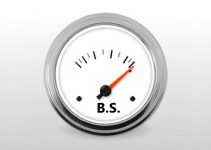