When New York Times reporters Richard Stevenson and Douglas Jehl published the name of captured al-Qaida operative Muhammad Naeem Noor Khan last weekend they were outing an someone who was cooperating with Pakistani authorities. Rueters has the story.

LONDON (Reuters) – The revelation that a mole within al Qaeda was exposed after Washington launched its “orange alert” this month has shocked security experts, who say the outing of the source may have set back the war on terror.

Reuters learned from Pakistani intelligence sources on Friday that computer expert Mohammad Naeem Noor Khan, arrested secretly in July, was working under cover to help the authorities track down al Qaeda militants in Britain and the United States when his name appeared in U.S. newspapers.

“After his capture he admitted being an al Qaeda member and agreed to send e-mails to his contacts,” a Pakistani intelligence source told Reuters. “He sent encoded e-mails and received encoded replies. He’s a great hacker and even the U.S. agents said he was a computer whiz.”

Last Sunday, U.S. officials told reporters that someone held secretly by Pakistan was the source of the bulk of the information justifying the alert. The New York Times obtained Khan’s name independently, and U.S. officials confirmed it when it appeared in the paper the next morning.

None of those reports mentioned at the time that Khan had been under cover helping the authorities catch al Qaeda suspects, and that his value in that regard was destroyed by making his name public.

A day later, Britain hastily rounded up terrorism suspects, some of whom are believed to have been in contact with Khan while he was under cover. Washington has portrayed those arrests as a major success, saying one of the suspects, named Abu Musa al-Hindi or Abu Eissa al-Hindi, was a senior al Qaeda figure.

But British police have acknowledged the raids were carried out in a rush. Suspects were dragged out of shops in daylight and caught in a high speed car chase, instead of the usual procedure of catching them at home in the early morning while they can offer less resistance.And it all started with the suspicion the that terror alert was politically motivated.

Reuters quotes a bunch of security experts as to how this is a serious blow to intelligence gathering, and it sure does look like a serious error. What remains to be seen is whether Kahn’s shelf life had already run out prior to his outing. I suspect that is actually the case…

Update: Howard Dean (and by extension John Kerry) owe you an apology for questioning the timing of the original alert. The Bush administration owes you an explanation of why this isn’t a botched operation – despite the successes. Newsweek reports on the pre-election terror plots. 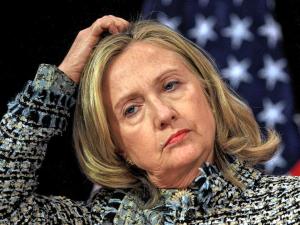