And a lot of people are not impressed…

The New York Post has the details of her new tour:

Instead of a sexy, flashy, fun-filled show, concertgoers Monday night got an endless dose of political and social commentary.

She sat in an electric chair and dances and sang against a backdrop of war images, President Bush and Saddam Hussein. The sound of detonating bombs punctuated the song “American Life.”

Onstage, dancers dressed like soldiers did push-ups and calisthenics as helicopters swept in and infernos blazed on the video screens behind them.

And then she sang John Lennon’s “Imagine,” accompanied by a video of sick and injured children from around the world.

There was religion, too – plenty of it. Madonna’s passion for fashion has clearly been usurped by her fetish for Kabbalah, as evidenced by the flashes of untranslated Hebrew text displayed in the background of her performance, which hits Madison Square Garden on June 16.

In a review in yesterday’s Los Angeles Times, critic Robert Hillburn begged Madonna to “bring back the sex. Or at least something with flesh and blood, please.”She really should go one tour with Ms. Stop Looking At My Teeth And Start Looking At My Breasts (Jewel).

They could call it The Pretentiously Crazy Tour… 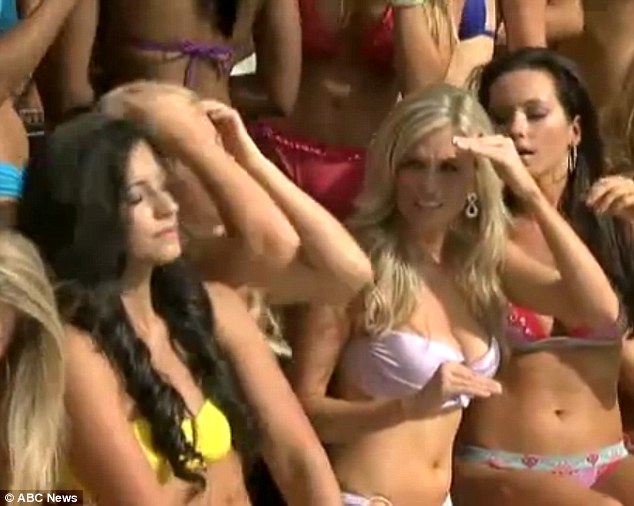