Home
Politics
Eating Their Own

Another Hillary gaffe, or is PETA looking to bag a new scalp?

PageSix.com – The anti-fur folk at PETA may have a new target: Sen. Hillary Clinton. On Dec. 24, the Times’ Boldfaced Names column reported that Manhattan furrier Peter Duffy “told us he had just finished a mink coat for Hillary Rodham Clinton.”

Naturally, the folks at PETA were none too pleased and called Sen. Clinton’s office to get an official statement. “They told us the article was completely false,” said PETA spokesperson Michael McGraw. “I can’t imagine Hillary wearing a fur considering Chelsea’s such an animal lover. Fur-wearing first ladies are a thing of the past.” Oh?

Last week, our spy overheard a frantic conversation between Marge Duffy, the furrier’s wife, and another company employee during a visit to the store.

“Clinton’s office had just called and wanted to know who spilled the beans about her new fur coat to the press,” related our source. “The Senate staff was going nuts. Duffy made a coat for her but someone else paid for it. The Senate staffer wants to put a squash on it. Ms. Clinton’s coat from the store is a sheared mink, but she is telling PETA and the press it is velvet.”There’s lots more verbal gynmastics from Clinton’s spokesperson in the article.

Update: Be sure to check out the PETA Pirouette, a roundup of all posts on PETA.

And don’t forget March 15th is right around the corner. March 15th is International Eat an Animal for PETA Day, or at least it was last year. I’m assuming a second annual celebration is in order.

All Aboard
Weekend Wrapup 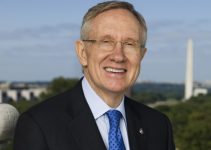